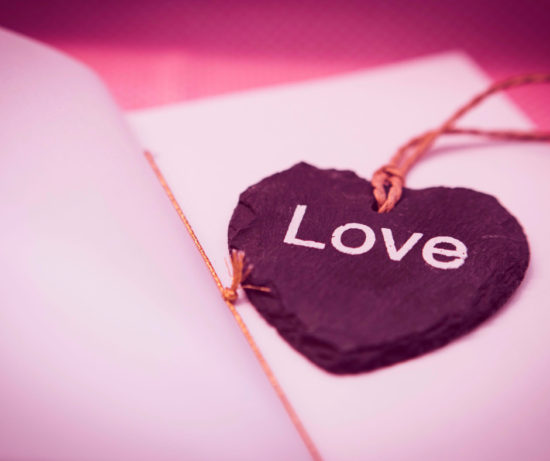 Love has been described as “A Many Splendored Thing” in poems (William Waterway), in films (1955), and in Academy Award winning songs (lyrics Paul Francis Webster). The same descriptive phrase has been used for a TV soap opera.

“A Many Splendored Thing” originated in a poem by late 19th century poet, Francis Thompson. He was English, so he probably included a “u” in “splendoured” when he coined the phrase in The Hound of Heaven as he spent 182 lines investigating Christianity and God’s search for a missing soul. This would, of course, be 182 lines of words describing the concept of divine love. However, the phrase that has outlived him isn’t really a conclusive description. It’s rather a cop-out.

In the 1970 movie “Love Story” Erich Segal used the phrase “Love means never having to say you’re sorry,” and at about the same time in our history of kitschy-coo, notebooks and stickers flooded the market featuring drawn outlines of a girl and boy, and sugar sweet “Love Is” statements.

The Search for the Best Words for Love

People have been looking for the best words to describe love for years, centuries, and perhaps for millennia. Perhaps they have been searching since the days when cavemen began grabbing cavewomen by the hair before dragging them into the cave as a mark of affection. It would have made sense for them to start considering something other than grunts to describe those feelings they were experiencing. Dragging someone by the hair could be hard work, and grunts could be misunderstood. A cliche or two could save a lot of effort.

Fairy tales, poets, Hollywood movies and Internet sites followed centuries later, finding thousands, if not tens of thousands of ways to continue the quest for the best words to describe love. The very fact they kept coming up with new ones indicates it’s not easy – and the best, and most conclusive, description has not yet been found.

Anyone who can come up with a definitive answer will have discovered something important. It might have more impact than any other scientific discoveries which have earned experts Nobel Prizes over the years. This could happen because it would influence people’s everyday lives and relationships in a way that could change the world. At least then people might have a real reference point when trying to explain love.

As the situation stands now, there are no words, best or otherwise, that will describe love in a way that will satisfy everyone. There isn’t a phrase that will give everyone a lightbulb moment and a reason to respond, “That’s it! Now I know what love is. Now I can love, be loved and, maybe, be in love.”

Parts of Many Speeches

It’s no wonder it’s so difficult. The word “love” forms parts of many types of speech. It can be a noun (or naming word) for a series of sensations, feelings and emotions. It is also a verb or “doing or action word” when it comes to experiencing it. In addition, love also functions as a noun modifier in “love affair,” an adjective in “loving relationship” and an adverb in “He looked at her lovingly.”

Further complicating the idea of describing love in words is the fact that there are so many different types of love. As if it isn’t already impossible to describe the love experience in words, we are expected to find more words, more adjectives, adverbs and other nouns, to attach to that indescribable concept. This will break it down into categories that are more specific, but probably even harder to describe.

Adding to the Confusion

As a result, the following words, and more, are tossed in: unconditional and conditional, free, passionate, romantic, selfless and self, playful, divine, maternal and paternal, brotherly and sisterly, eternal and endless. It’s supposed to help if we add these to the word we find hardest to apply, and almost impossible to describe. It’s meant to make the unmeasurable more manageable by separating it into smaller categories.

The effect it has, however, is to set up a lot more puzzles and challenges. Now we have not only one concept to describe, and to understand, but several. Perhaps once we have come up with the best words to describe unconditional, or even maternal love, we can return to describing romantic love. Then we can hopefully, get closer to understanding the wonderful, scary, passionate and all-consuming experience that is love. It is, indeed, a “many splendored thing” but it’s also sometimes a many pitfalled thing. It can make you the happiest person around, particularly if you experience it as a verb of doing and experiencing. It can also break your heart if you keep falling in and out of the love noun.

For those who are simply looking for a list of words that describe love, or make reference to it, here are some of the most popular: