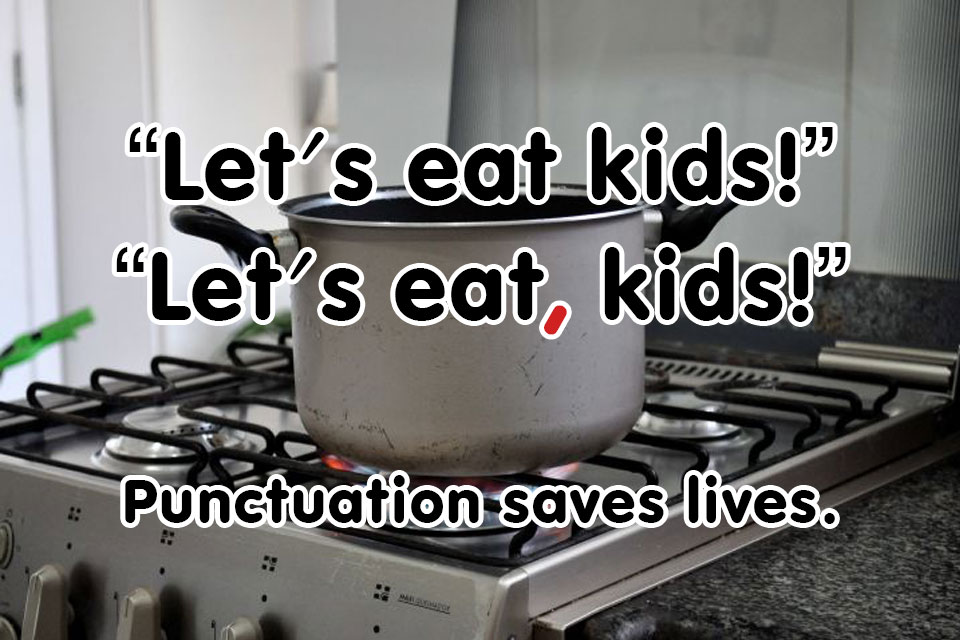 Debates among writers, editors, teachers, and others who use English are common. One of the longest-standing debates is that over the Oxford comma, aka the serial comma.

People arguing over a punctuation mark? As silly as it sounds, it’s been going on for decades.

If you’re not aware of this debate, we don’t want you to miss out on the fun and fastidiousness. Here’s an overview of the Oxford comma and why you might choose to use it.

What is the Oxford comma?

Oxford shirt, Oxford shoes … Oxford comma. Nope, the comma’s not related. But like certain fashions, the serial comma is adored by some and hated by others.
In short, the Oxford comma is the optional comma before the final conjunction in a list or series.

No worries; we’ll break it down for you.

When listing items in a written sentence, you use commas to separate the items, just as you’d normally pause between the items when speaking. (Note: Commas don’t always represent pauses in speech. To use commas this way is to use them incorrectly. However, in the case of listing items, there’s a parallel between verbal pauses and commas.)

Here’s an example of a sentence that contains a list of two items:

I need to buy wine and toilet paper for the party.

I need to buy eggs, wine, and toilet paper for the party.

Aside from the odd shopping list (sounds like one crazy party!), did you notice anything unusual about that sentence? If you did, it’s probably because you’re not a supporter of the Oxford comma.

Here’s the same sentence without the Oxford comma:

I need to buy eggs, wine and toilet paper for the party.

This second version of the sentence is neither right nor wrong–just as the first isn’t either, either.

You see, English isn’t like math. The language isn’t governed 100 percent by hard rules. Whereas grammar is the science of English, style is the art of it.

And where serial commas are concerned, there are two schools of thought when it comes to style.

The philosophy of the Oxford comma is that a list should be consistent, with punctuation between each pair of items.

The problem is that this latter reasoning doesn’t always hold up so well. You can find or come up with many examples of why the Oxford comma is usually the better choice.

Why use the Oxford comma?

Fans of the Oxford comma maintain that skipping it causes confusion in some cases. Let’s say you’re emailing a friend about some photos you took on your last vacation. You might write the following sentence:

I’ll send you some photos of my grandparents, a hitchhiker and a skunk.

The way this sentence is structured, it implies that you have some highly unusual DNA! In other words, using one comma here implies that one of your parents is the offspring of a hitchhiker and a skunk (let’s not picture the details).

But this surely wasn’t your intended meaning. And if you were to come across such a sentence by another writer, it should give you pause (pun intended).

Let’s see what happens when we add an Oxford comma:

I’ll send you some photos of my grandparents, a hitchhiker, and a skunk.

This sentence clearly states that you took photos of at least four subjects (depending on how many grandparents you captured in your shots). The hitchhiker and the skunk aren’t your grandparents.
This example illustrates why many people feel the Oxford comma should be mandatory in writing.

The history of the Oxford comma

The Oxford comma is so named because it was used at Oxford University Press, the largest university press on the planet. Ironically, British writers seem to use the Oxford comma less than Americans do, which is why it stands out in the UK as an Oxford-prescribed guideline.

Many professional writers and editors have opined on the use of the Oxford comma. Some language lovers claim that adding one comma to a sentence can’t hurt and can only help in terms of clarity. Those on the other side of the fence feel that serial commas are prissy and unnecessary.

However, consider that a 2014 lawsuit, O’Connor v. Oakhurst Dairy, revolved around a serial comma ambiguity. A list of labor activities exempt from overtime pay was open to misinterpretation. Hence, the dairy was ordered to pay $5 million in overtime wages to workers who performed the activities in the gray area.

If you’re in doubt, it’s usually worth it to add that comma.

So what do the big style guides have to say about such commas? Here’s a quick comparison of two major guides: Chicago and AP.

The Oxford comma according to The Chicago Manual of Style

The Chicago Manual of Style is a trustworthy guide for literature and academic writing. CMOS generally prescribes the Oxford comma, stating that it prevents confusion such as that shown above.

However, in some cases, as CMOS points out, even the Oxford comma can’t clarify a sentence. Recasting may be necessary at times. Look at this example:

I emailed my father, the president, and the director of the FBI.

In this sentence, it’s not clear as to whether your father is the president or a separate individual. In such a case, you can reword the sentence as follows:

I emailed my father as well as the president and the director of the FBI.

I emailed the president, the director of the FBI, and my father.

(Reordering works only if the first two items are clearly separate and your readers know that the president doesn’t head the FBI.)

The Oxford comma according to the AP Stylebook

The AP Stylebook, the style bible of journalists and online writers, says not to use the Oxford comma in a simple series unless it’s needed to prevent confusion.

This is because traditionally, printed newspapers had space concerns when it came to adding text to a layout. Eliminating a few commas throughout a story might keep a story from running over into another column or page.

But AP admits that adding a comma before the final conjunction in a list makes sense in many cases.

Oxford commas: the choice is yours

If you’re writing a professional or academic article that must follow a chosen style guide, follow the Oxford comma rule in your guide. Some company style guides even instruct writers to generally follow AP style but to buck AP and use the Oxford comma.

In your personal or general business writing, you’re free to comma as you wish. Just be aware that your friends and colleagues may comment.

As with most style guidelines, when it comes to the Oxford comma, the most important thing is to commit to using it. Anyway you splice it, it’s hard to criticize attentively produced, consistent writing.