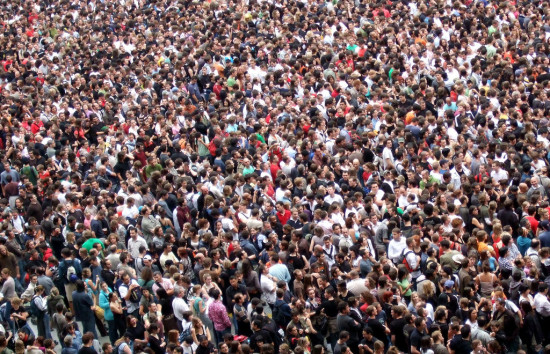 Vague numbers like tens of thousands, hundreds of thousands and tens of millions are not scientific. They can be used as a sheer exaggeration, or they could reflect a vague number that’s based on fact. Of course, you could always ask people to clarify what they really mean, or look up the real facts for yourself, but here are a few guidelines when you do use or come across numbers like this.

When it comes to exaggeration, anything goes as long as the number is far from representing any reality. It’s usually fairly obvious when someone is doing this because what they are saying is frankly impossible, or at least, unlikely. What they really mean is “a lot.” Although “thousands” and “millions” are more frequently used in exaggeration than “tens of thousands” or “hundreds of thousands,” there’s nothing to stop people from getting creative when indulging in the art of exaggeration!

Look carefully at the phrase “tens of thousands.” The word “tens” is pluralized, so just 10,000 would be too few. You need several sets of ten to make up “tens.” We have now successfully eliminated all numbers from 10,000 to 19,999. As soon as we hit the 20,000 mark, we now have more than one set of ten, so we can use the plural form. This holds true all the way up to 99,999, although, by the time you get to the upper limit “almost a hundred thousand,” though still vague, gives a better indication of just how big the numbers are.

Now that we’ve looked at “tens of thousands,” you could probably write this paragraph for me, but in case I lost you first time round, let’s take it from the top. “Hundreds” means more than one set of a hundred, so you can’t speak of hundreds of thousands of anything without exaggerating until you get to the two hundred thousand level. You can carry on talking about hundreds of thousands until the number under discussion reaches one million, but most people would point out that anything over 900,000 is getting close to a million.

Why Be Vague About Numbers?

There are actually several reasons to be unclear about numbers:

How About Some Examples?

People have been making fires using this method for hundreds of thousands of years.

Modern humans are said to have evolved about 200,000 years ago, so it’s not incorrect to use “hundreds of thousands.” Besides, the exact number here isn’t really important. What you are saying is that people have used a certain method to make fires for a very, very long time.

If you do my writing challenge, you’ll write tens of thousands of words this year.

There must be hundreds of thousands of bacteria living on that decaying food!

Here’s a statement that’s sheer guesswork. You have absolutely no idea how many bacteria are living on the food, but by the look of it, there must be plenty.

Judging from the poll, there are tens of thousands of people who agree with me.

With how many tens of thousands of grains of salt should you take vague number statements?

To put it differently, can you take people seriously when they use vague numbers? I think the best bet is to believe that they mean “a lot” and judging by the context, you should be able to get some idea of whether their “tens” or “hundreds” of thousands really do fall into the numerical range suggested by the phrases.

All the same, you can’t take numbers like that too seriously. They’re just too broad, and they can too easily be used to make exaggerated claims. When in doubt, find out. That’s what Google is for.