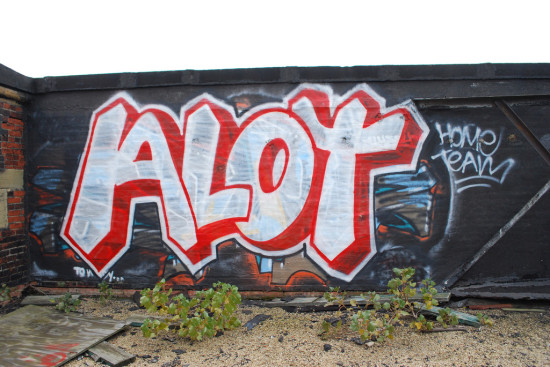 Since there is such a lot of confusion about homonyms (words that are pronounced in the same way but spelled differently such as wether, weather and whether), it’s time to allot the task of explaining this trio to you. That last sentence may already have explained the difference between ‘allot’ and ‘a lot’ quite economically, but let’s have some fun with our words and also get around to ‘alot’.

When we speak, we seldom think about the individual words we use as much as we think about the phrases. So when you say “How are you?’ you probably chose the whole phrase out of your mental linguistic archives rather than thinking about every word. It’s almost as if your brain sees the phrase as a word in itself.

When we say phrases like this, we often run the words together so that they almost sound like one word, and that’s where a lot of English errors have their origin.

When we use English to write informally, we sometimes lump words together, even when they don’t really belong together. ‘Alot’ is one of these, and under current English rules, it’s really incorrect. People use it to say ‘a lot’, and although some argue that the contraction without the space isn’t a big deal and may be accepted as correct English at some time in the future, it isn’t correct today.

If ‘alot’ does ever become an accepted form, it will be strictly informal. Other ‘lumped together’ words that are accepted in informal writing are ‘gonna’ and ‘wanna’, but you definitely won’t be using them in a business letter or school assignment.

To avoid confusing your friends, ‘a lot’ is definitely the way to go, and it means exactly the same thing – it’s the opposite of ‘a little bit’. So I hope you have learned a lot already, and that you won’t be using ‘alot’ in future.

What Does “Allot” Mean?

Returning to our introduction, I said “it’s time to allot the task of explaining this trio to you” So obviously, I am using the word to describe giving a task. I could also say: “Reading my essay on How to Write a College Admissions Essay is your allotted task for today.” Or I might say “I am allotting you the task of…,” or “I allot you the task of…”

So I can use the word “allot” to share out tasks or work. I could also use it to describe something else that we’ll share: “Of the $50 we earned at our lemonade stand, I’ll allot $10 to you for your help”. It’s possible I’m being a little greedy with my profits and keeping the lion’s share, but at least I am sharing. “Allot” is a verb, but it can be turned into a noun, by adding “ment” to the end. Now we have a noun describing a thing that is shared, so an “allotment” is usually someone’s piece of a shared item such as a piece of land that has been shared between several people. An easy trick to remembering this is that “allot” indicates some kind of sharing, and sharing requires at least two people — “allot” has two ‘l’s’.

“Allot” is quite a formal word, so you’d usually use the word “share” when you’re talking to friends about dividing up a pizza or the costs of a fun trip. It’s also perfectly correct to use “share” in most formal contexts, so if you’re not quite sure about when it would be appropriate to use “allot” use “share” instead, and you can’t really go wrong.

My computer doesn’t like it when I use ‘alot’. Every time I type it, auto correct shoves the space in there, and I have to go back and fix it. Once I’ve done that, spell check underlines it in red showing me that it’s a mistake. But if I were to type the word “allot” and drop one of the ‘l’s’ by accident, it would do exactly the same thing. I’d mean “allot” but get “a lot”, and there’d be no indication from spell check that my work contained any mistakes to speak of. That’s just one example that illustrates the need for careful proofreading – even when you have spell check to help you.