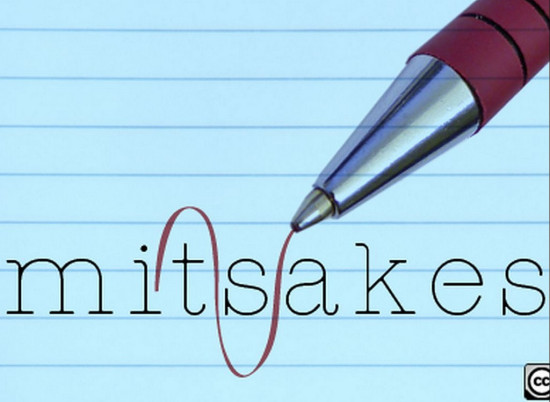 You’ve just completed the report for your boss or written a business letter, or finished off your paper for your college professor. You run it through spelling and grammar checks, and there are no squiggly lines to show any possible errors. You’re convinced your work is perfect, but unless you take the time to proofread, it may not be nearly as perfect as you assume. If you get lazy, there’s a good chance you’ll make one of the following common writing errors:

These are also known as fragment sentences. A full sentence will usually have an actor and an action, or to put it formally, a subject and a verb. Think of a sentence as a “thought.” The whole thought has to be expressed within the sentence.

“My cat is cross. Because she is feisty.”

The first sentence is fine, the second one is a fragment. You can either turn this thought into one sentence or change the second sentence to make it complete: “Because she is feisty, that often happens,” or simply, “She is feisty.”

A lot of people think a “run-on” means the sentence is too long, but that’s not technically correct, although it’s often the case. If you use more than one subject and verb combination without using the correct punctuation, you have written a run-on sentence.

“I’m not sure if he’ll settle down in China it’s often difficult for Westerners to adapt.”

There are a lot of possible ways to fix this:

Another common run-on is called “comma splicing.” It means that you are joining two thoughts that could have been separate sentences with a comma. Use a semi-colon, add a conjunction, or split them into two sentences.

This is awfully common. People write “your” when they mean “you’re,” they write “affect” when they mean “effect,” and they often mix up “it’s” and “its.” Unfortunately, these words aren’t interchangeable and have very different meanings.

Whatever you do, be careful how you switch tenses. Although there are times when you can do so, you need to follow the right formula. “I was putting on my makeup when the perfume bottle falls over,” is an example of incorrectly mixed tenses.

It would be easy to write an entire blog post on when commas should and shouldn’t be used. It’s not really difficult to get your comma usage right, but you may have to study the subject carefully to gain an understanding of the rules. Since most people are muddled about where commas should go, you’ll be ahead of the pack if you can master the art.

To keep your work crisp, clear, and concise, it’s important to organize your thoughts before you begin to write. If you don’t, you could end up with a hodge-podge of ideas that don’t make sense to your reader. What is the thought you’re trying to get across? Introduce it. What points will you discuss in order to reinforce your central idea? Organize them into paragraphs. What do you think this proves? Bring it all together to a conclusion.

Singular Noun with Plural Pronoun (or the other way around)

This can be trickier than it sounds. For example: “When the student council got together, they decided to approach the dean with their problem.” It sounds fine, doesn’t it? What a pity it’s wrong. The student council is a single body or entity, therefore, it cannot be a “they”. It may consist of people, but it’s not a person. Substitute “it” and “its” for “they” and “them” and all’s well.

Sometimes bosses like this sort of thing. They’re impressed when you write “With regard to” instead of “Regarding” or “About.” They like “We are of the opinion” rather than “We think” and so on. Admittedly, none of these examples is actually wrong and does help you increase your word count, but using language like this can sound pompous and makes the message less clear. I have been at loggerheads with many employers about clumsy, formal phrases. Business communication should be clear.

The other danger that lurks in wait for those hoping to sound impressive is long-winded sentences are much easier to get wrong. Writing simply and clearly makes your work easier for you to check, and reduces your opportunities for error.

Here’s a lovely example of “correct” but long-winded writing:

A dual-member team proceeded toward the apex of a natural geological protuberance, the purpose of their expedition being the procurement of a sample of fluid hydride of oxygen in a large vessel, the exact size of which was unspecified. One member of the team precipitately descended, sustaining severe fractional damage to the upper cranial portion of the anatomical structure. Subsequently, the second member of the team performed a self-rotation translation oriented in the direction taken by the first team member.

What does this mean? Here’s the answer:

“Jack and Jill went up the hill to fetch a pail of water. Jack fell down and broke his crown and Jill came tumbling after.”

You’ve seen the signs outside stores: “Apple’s, banana’s and carrot’s special!” Restaurants are also often guilty: “The best pizza’s in town!” Those apples may be on special, and maybe the pizzas are pretty good, but the apostrophe use isn’t. Apostrophes signify a missing letter in an abbreviated word like “don’t,” and they can indicate “belonging to” with the exception of “its.” The apostrophized version, in this case, is an abbreviation for “it is”.

I love this topic, so I could go on and on about it. Let’s look at some typos that spell check will never notice:

And my favorite is a mistake I sometimes see when someone is signing off a letter and write “Kind retards.” To avoid these errors, read through your work carefully, preferably aloud. Spell check is helpful, but only up to a point (or pint).