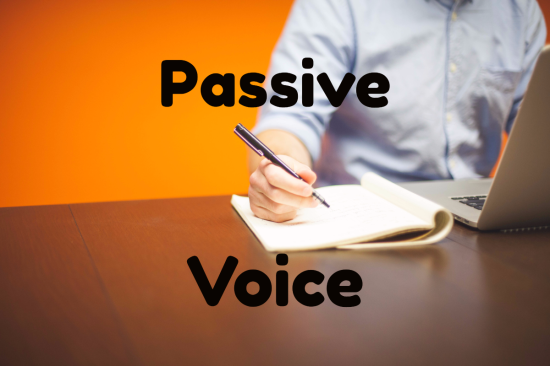 Before we show how to identify passive voice, let’s dispel a few myths that make yours truly turn into a hairy, clawed monster every time they’re repeated. I’m willing to sacrifice the monster coming out so you can rid yourself of these passive voice falsehoods.

This is the worst one, and the thought that many believe this is already turning me into a werewolf. No, no, no, and absolutely no! Using passive voice is not wrong. There are even times when it’s absolutely necessary.

When You See a Form Of “To Be,” It’s Passive Voice

Not necessarily – “to be” is sometimes, but not always, passive voice.

No, they can’t. Grammar checkers are dicey. They can help, but they can also be a real pain in parts of the anatomy I will not mention here. The fact is, they’re quite capable of missing passive voice, and they’re quite capable of missing real grammatical errors, or identifying correct sentences as being incorrect. There are no short cuts. It’s important to actually learn your grammar.

Passive reverses the position of the subject (the doer) and the object (the thing that is acted on). Confused? An example makes it clearer.

In the second sentence, you have a normal structure of a subject (professor) doing something active (passing) to an object (paper). The first sentence makes the paper into the subject and does not emphasize the verb or who committed the act.

How do we know which is which? In passive voice, the doer comes after the thing that was done. Also, you can look for forms of “to be” followed by a past participle. In our example, “was” is a form of “to be” and the past participle is “passed.”

Am I contradicting my statement that “to be” (and its forms) does not always indicate passive voice? No. the past participle is the key. Look at this. “I know how it feels to be a werewolf.”

That’s active voice. There is no past participle. The subject, “I,” comes first. “I know how it feels to be confused,” is also active voice because the subject “I” comes before the thing that happened. Further, “confused” is an adjective that describes a feeling or state.

Is There an Easy Way to Identify Passive Voice?

Why Do People Believe Passive Voice Is Bad?

Although the passive voice is perfectly correct and sometimes even preferable, it may be a trifle vague – especially when doers are omitted. So looking at our World War 2 example, Poland was invaded. Who did it? The second passive voice example gives all the facts, but the third example is the most lucid and concise. It uses three words whereas the second passive voice version needs five. Active voice sentences are often shorter, clearer and easier to understand.

When Is the Passive Voice the Best Way to Say Things?

Passive voice is preferable when:

When you use the passive voice, be sure that it’s the best way to say what you want to say. Beware of omitting important facts since passive voice allows you to do so without a grammatical error. Also, beware of turning an easy statement into an awkward one by making it longer and more complicated than it needs to be.