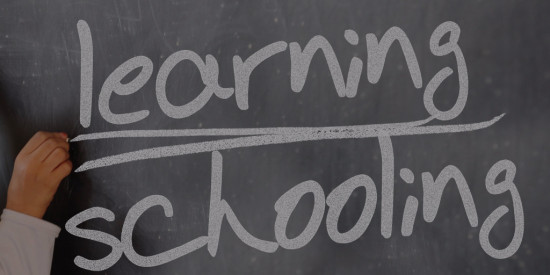 When we try to decide which language is the hardest to learn, we have a problem. Everything, but everything, is subjective. There are a lot of factors that contribute to language learning difficulties. Broadly, we could sum these up as:

If you grew up speaking English, learning to speak English is something you’ve been doing since you were tiny, and English seems easy. Because it’s related to the Latin languages, Spanish, Italian and Portuguese shouldn’t be all that difficult to also learn, and even French makes some kind of sense. However, in all these languages, you’ll have to get around some tenses and pronunciations that come naturally to native speakers, but which will seem awkward to you.

You’ll probably struggle with languages like Mandarin and Arabic because they are completely unrelated to any language you already know, and the same must be true for non-native speakers trying to learn English.

So, is English the hardest language to learn? No. English can be difficult, but if you didn’t grow up speaking them, these languages are harder:

Mandarin: That tone system is difficult to master if your language doesn’t have something similar. As for the alphabet, you’re going to take quite a lot of time just learning enough of it to get by.

Finnish: There are cases and cases within cases, it can be really tricky to navigate.

Arabic: There are four variations of each of the letters, and where you use them depends on where in the word they belong.

Japanese: Just try that alphabet – there are 2,000 to 3,000 characters you must learn to have basic reading skills.

Why Is English Often Said to Be a Difficult Language?

English is packed with linguistic quirks that might even make you think they were deliberately put there just to make the language difficult to learn. Don’t take it personally. It just happened, we promise! Here’s what makes English so hard:

Just think of these inconsistencies:

The Correct Word Order Can Be Hard to Explain

Example: “It’s a little fierce cat,” versus “It’s a fierce little cat.” The second one just sounds right if you’re an English speaker, and if there’s a rule somewhere, I don’t know it. If you were to say “It’s a big fierce cat,” it wouldn’t sound wrong at all.

I sometimes collaborate with a Dutch lady who is an excellent researcher, but I always have to change her wording. If I know why, I add a comment so that she can learn, but quite often, I can’t explain why I made certain changes.

English has its roots in many languages, and some spellings seem to have little to do with the way you pronounce a word. Just think of “yacht.” It’s pronounced “yot,” but that’s not what the letters tell us! Other weird ones include:

Then there are silent letters like the “h” in “Ghost” and the “b” in “Debt.” And as for the letter “c,” it can’t decide whether it should be pronounced as an “s” or like a “k.” While we’re at it, by what logic did we decide some words end in “ck?”

Am I kidding? No, I am not! The words you place emphasis on can change the meaning of a sentence, even if it’s only slightly. Let’s look at an example

“I know I got that letter.” Easy peasy. It’s a simple statement of fact.

“I know I got that letter.” Place emphasis on the I, and suddenly you’re implying that someone else might not believe you or doesn’t know what you know.

“I know I got that letter.” Now you’re wondering what happened to the letter, because despite the fact that you know you got it, you can’t seem to find it.

“I know I got that letter.” Here you’re saying you received a letter, but another one didn’t turn up.

I’m sure this is true of other widely spoken languages too, but pity the person who has to learn English. English speakers from around the world might often sound like they’re speaking completely different languages! We even have difficulty talking to each other sometimes.

When I was at school, we were very excited and interested when an Australian girl joined our class. There was just one problem: none of us could understand a word she said! Closer to home, the US has many regional accents, and we can have difficulty communicating with our own countrymen and women.

English May Not Be the Hardest Language, but…

If you’re an English speaker, don’t mock others who struggle with your language. Who knows? One day, you might find yourself in a position where you must learn theirs. Struggling with the complexities of English (and there are plenty) doesn’t mean someone is stupid, and you should always encourage people to study new languages.