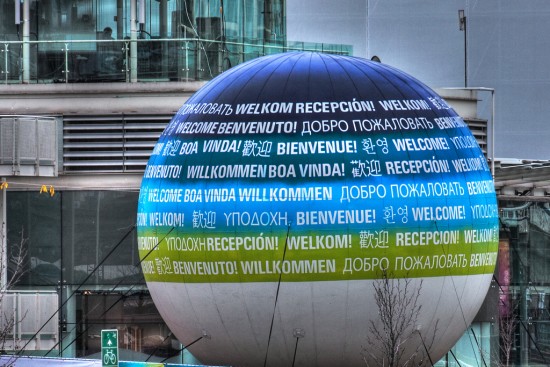 Whether you want to do a word count or a character count, it helps to know the number of letters in the alphabet. Knowing the correct number of letters in the alphabet depends greatly on which language’s alphabet you are referring to. While many may assume you’re talking about English, that might not always be the best assumption since there are so many different languages around the world. Below are the answers to this question for some of the more popular world languages.

How many letters are there in the English alphabet?

There are 26 letters in the English alphabet which range from ‘a’ to ‘z’ (with b, c, d, e, f, g, h, i, j, k, l, m, n, o, p, q, r, s, t, u, v, w, x, and y in between). What many people don’t know is as recently as 200 years ago, there used to be 27 letters in the English alphabet. While many probably are familiar with the number of letters in English (if they are native English speakers), they may not be quite as familiar with the numbers in other languages.

How many letters are there in the Arabic alphabet?

Those curly letters do look pretty, and there are 28 letters in Arabic – just two more than the English alphabet. Sounds simple? Perhaps not as simple as it looks! All 28 letters of the Arabic alphabet are consonants.

That’s not to say that Arabic doesn’t have vowels. It does, but instead of having special letters, vowels are shown by a “diacritical mark” — a glyph that’s added to a consonant. Just to make things more confusing, you won’t always bother with vowels. They’re essential if you’re quoting the Quran or if you’re writing a book for children, but most of the time, you just leave them out.

How many letters are there in the Chinese alphabet?

Now things get really complicated! If you want to have functional literacy in Chinese, you “only” need to know three or four thousand characters. And I say “only” because there are literally tens of thousands of Chinese characters.

That’s because Chinese doesn’t actually have an alphabet at all. Instead of the marks you make representing sounds, they represent ideas (ideograms) or pictures (pictograms). And of course, you can combine ideas and get compound pictograms. So the word “good” is represented by the ideogram for “woman” and the ideogram for “child” superimposed on one another.

How many letters are there in the Japanese alphabet?

To read Japanese, you’ll need to know about 2,000 symbols from three “alphabets.” The first of these is known as “kanji,” and it consists of pictograms that originated in China. Then there are two phonetic alphabets, “hiragana” and “katakana.” At least these two alphabets actually represent sounds, so they are easier for a foreigner to learn and understand. Both hiragana and katakana have 46 letters.

How many letters are there in the Korean alphabet?

Westerners may heave a sigh of relief when they hear that the Korean alphabet, known as the Hangul in the South and the Chosan’gul in the North, consists of 24 characters – and there are vowels too. However, we may have some difficulty piecing together some Korean writing, because Korean characters are arranged in blocks that become syllables. So what looks like a single character to us, may be a combination of characters representing a sound.

How many letters are there in the Russian alphabet?

Are you eager to learn Russian? You’ll begin with the alphabet consisting of 33 letters. 10 of these are vowels, 21 are consonants and there are two additional “signs” to learn. Luckily, Russian is a phonetic language, so you can learn what sounds each letter represents and take it from there.

How many letters are there in the Spanish alphabet?

English speakers will feel as if they’re on some familiar ground with the Spanish alphabet – but be warned – there are actually 29 letters in the Spanish alphabet. The extra four are ch, ll, ñ and rr, each of which represents a different sound. And while we’re talking about sounds, “h” may be vital to spelling, but it’s a silent letter.

How many letters are there in the Italian alphabet?

Although Italian may not be the easiest language in the world if you take grammar into account, the alphabet is a breeze. It only has 21 letters. “Foreign” letters: j, k, w, x and y are borrowed to write foreign words. Spelling is phonetical, but you’ll have to learn a few spelling rules before you can join a spelling bee.

How many letters are there in the French alphabet?

We’re back on familiar ground with a 26 letter alphabet for French. Of course, there are some accent marks that make a difference: è, é, or ç, but these are just modifiers, not extra letters. Of course, French and English are closely related languages, so it’s hardly surprising that the two alphabets are basically the same.

How many letters are there in the Greek alphabet?

From Alpha to Omega, we’re looking at 24 letters in the Greek alphabet. Greek is one of the oldest scripts still in use, and it’s one of the roots of Latin script that determines how we write today. Once one gets used to the different-looking letters and how they should sound, there should be few problems reading Greek – even without understanding it. It’s a phonetic language with few tricky vices to throw you off.

How many letters are there in the German alphabet?

Despite some formatting differences and the presence of the umlaut, which has different effects on pronunciation depending on where you put it, the German alphabet has the 26 letters that English speakers are used to. Of course, learning an alphabet and learning a language are two different things. Reading German isn’t all that difficult once you have some vocabulary, but becoming fluent with it is a different matter.

Luckily, there are things that everyone understands

It’s important to remember that alphabets aren’t everything when it comes to communication. You don’t have to be a linguist to smile, something everyone understands. The game of charades, which is often the foreigner’s last resort when verbal communication fails, can also get you through some tight spots. It may not always be effective, but even when it isn’t, it usually provokes hilarity at the very least.