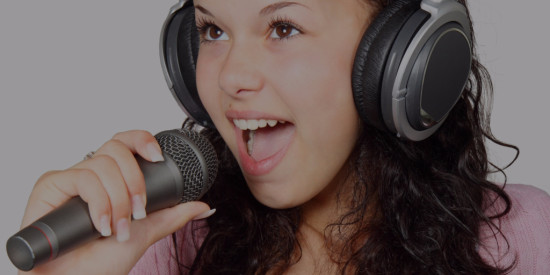 Are you writing a song? Would you like it to be really catchy? Why not go with what works for everyone, and use the most popular words found in hit songs? If you’re wondering whether there actually are words that songwriters continually resort to, it won’t take you long to hit on the word “love.” I have no idea how many songs contain that word, but I’m ready to bet they number in the tens of thousands, hundreds of thousands, or even millions!

ALRIGHT ALREADY! I’ll stop! Please don’t hit me over the head again! I thought it was an absolutely brilliant lyric… My artistic sensibilities are wounded, I tell you. Wounded!

In the Interests of Linguistics, Science and Music

Owing to the stiff critique my first ever song lyric faced, I decided to look for other words that are popular in songs. If I can find enough, I can make a song generator. You know: list of first lines, list of second lines, list of third lines – join the dots between them and combine them anyhow you like, and voila! One perfect song lyric. And in case you’re wondering, I’ve seen it done, and it works!

Before we can start generating phrases, we need the words. The first thing you’ll likely notice is popular words in songs tend to be short. You aren’t going to find a lot of Shakespeare in most popular song lyrics. You’ll also find words are rather genre specific. For instance, “dark, black, bloody, thunder, fire, ice, and angels” all sound like they fit into gothic or metal genres, but we’ll take a broader overview.

“Oh yeah! Can you feel it girl?
It’s a new life, a new day
Never say die
Take the night away
Give me time to dream…”

Buzzers buzz. Got Talent judges give thumbs down. Objects:

“Nonsense! It’s a great song! It has all the best words in it!”

Gets booed off stage for being a spoilsport. Mutters, “I know what went wrong. It was all the times I used “the.” Next time, I’ll leave it out.”

Oops! I slipped back to the 1940’s with those last three. I thought they were rather strange. I mean, when last did you hear a song that goes:

I don’t somehow think it’s going to hit the charts.

What a cheerful bunch we are. I even had to censor one word out. Traveling back a decade…

Perhaps just a little more cheerful. And back again…

Rock on that love and don’t fire me?

I’m not at all sure what to make of that!

Let’s sing that swing in the moon… Now what? Woman? Baby? Girl? Lady?

What a breadth of interests: family, horticulture, romance and friendship, and all tied together with a little melancholy!

I think we’ve taken the time machine far enough back to suit anyone, but for interest’s sake, the preceding two decades feature “Josh” as a top word. I am not sure who Josh is, but he was in a lot of songs. He may have been someone’s uncle, because “uncle” also hits top ratings. With my next song, perhaps I should try to span the decades. No! Don’t run away! Really! Some people.