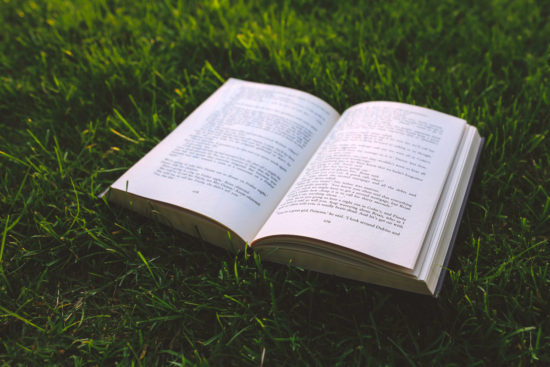 You’re writing your first novel, and you know you must shoot for around 80 to 95 thousand words. Once you know what your book will be about, it’s time to start planning the structure of the story. What will happen in each chapter, and how much has to happen before you move on to the next chapter? How many chapters will you need before you reach your target word count?

It’s Up to You – Within Reason

Before you decide your average chapter length, it’s a good idea to think about the purpose behind dividing a book into chapters. Think of it as a TV series or a play. Each chapter will consist of one or more scenes that contribute to the development of the story.

Unlike TV series, you aren’t limited to a certain amount of airtime, so some important scenes may require longer chapters. The important thing is to end each chapter at the end of a scene, allowing your reader to save the next “episode” for another time.

However, it doesn’t make much sense to have one chapter that takes up a major part of the book while other chapters are much shorter. Admittedly, some published authors have done just that, but your readers may find it a little odd.

Your audience may also play a role. For example, books for the youth market often have shorter chapters than those intended for adult readers. Again, it isn’t a rule, but if you’re writing for people with a short attention span, shorter chapters make sense.

How Long Are the Chapters in Books by Famous Authors?

Looking at what successful authors have done in the past is always a help. That’s why writers should always be readers too. Best-selling books show us what the public likes, and of course, we’re hoping that our own novels will be liked by the public. Let’s look at some chapter lengths, but remember that these are averages. In any of these books, some chapters are longer than others.

What Do Most Writers See as a Good Average Chapter Length?

All of them agree that the chapter length should be defined by the story and that any chapter length targets you decide on are merely guidelines. Most of them say that trying to keep the chapters within a certain length range is helpful to the reader.

Chapter Length Rule 1: There Are No Rules

Writers sometimes use extra-short chapters such as ones that are a sentence or two long for emphasis. The element of surprise at finding a chapter that consists of a sentence, or even just a word, will make readers sit up and take note. However, use this technique sparingly. It loses its effect if you regularly do it.

There’s also no real rule that says a chapter can’t be longer than 5,000 words. Daniel Defoe wrote the book Moll Flanders without dividing it into chapters at all, so in theory, you could say that the entire book consisted of just one chapter. However, as a new author, I’m not sure you would get away with that.

It’s the Story That Matters Most

Trying to pad out an uneventful chapter with thoughts or events that don’t contribute to your plot will bore your readers leaving them with the impression you’re waffling. Compressing a very exciting scene so you can meet your chapter word count target is also not going to do you any favors.

While the idea of chapters in the 3,000 to 5,000-word range is a good guideline when roughing out your book’s structure, it isn’t a rule, and the story itself should be the primary deciding factor. Build your plot through a series of events or scenes. Then decide for yourself where the chapter divisions will be. You may decide to include two or more scenes in a chapter, or you might stick to one scene per chapter. Just ensure that the division comes at a time when a reader could put the book down if they want a break. Of course, if you keep it exciting enough, your reader will want to know what will happen next, and might have trouble putting the book down at all.