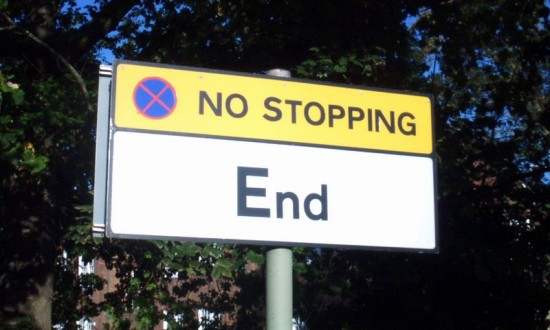 If you have two pet dogs, you have a paradox (pair of dogs). Groan! Alright, alright, I’ll stop trying to be punny, and I’ll take this question a little more seriously. Simply put, a paradox is a statement that seems to contradict itself, but could very well be true. I adore paradoxes because they often make you do a double-take after you read the words.

Here’s an example of a paradox. Someone says, “I’m a compulsive liar, you know.” That’s an interesting piece of information. Do you believe someone who says that? If someone is a compulsive liar, they won’t tell the truth unless they absolutely have to. So, if they say they are a compulsive liar, is that a lie unto itself meaning that they really aren’t a compulsive liar? I’m going to stop even thinking about that one because my brain might go into a continuous loop from which it will never escape. I’m getting a headache already!

Sometimes, paradoxes are used in literature to make us think about something. For example, in George Orwell’s book, Animal Farm, the ruling animals tell us, “All animals are equal, but some are more equal than others.” In the story, the farm animals overthrow the farmer and take over the farm in order to be “equal,” but ultimately, a few of them end up with all the power. This allegorical story and the quote we just looked at illustrate the paradox of so-called social equality. We can claim it exists, but there will always be those who have an advantage over others.

Have you ever heard the paradoxical saying “I must be cruel to be kind?” Sure you have! What you probably didn’t know was that this saying is one of the many lines we’ve borrowed from Shakespeare’s plays to use in everyday language. Although it sounds like a contradiction in terms, it really can be true. Sometimes we have to do something that people really won’t like in order to help them.

No! Don’t run away! There’s nothing complicated about oxymorons, they’re simply words or phrases that contain a contradiction in terms. For instance, “bittersweet” is an oxymoron, and it’s also a paradox.

A crash landing is also a paradox if you think about it. Surely, you either crash or you land. How can you do both? Nevertheless, we know the meaning of the term even though it seems to defy logic. The same goes for a near miss. If you nearly missed something, you must have missed it, right? But this term is used to indicate a near hit!

How about an escaped prisoner? If someone has escaped, they are surely no longer a prisoner, at least for the time being. But instead of even thinking about how illogical this word combination is, we rush to lock all our doors if we hear that an escaped prisoner has been spotted in our neighborhood.

Then, of course, there are those who say that “military intelligence” is an oxymoron, but I won’t risk annoying the armed forces by agreeing with that, at least, not in public.

We’re confronted by paradoxes every day of our lives. How often have you seen an advertisement that says “Buy now and save!”? That’s a paradox. If you buy, you spend, and if you spend, you’re not saving. We know that they really mean you’ll pay less than you otherwise would.

Have you heard about “fighting for peace?” It seems like a crazy idea. As long as you’re fighting, you’re making war, not peace! However, if you are fighting against an army or organization that has caused a lot of unrest around the world, you really could be fighting for peace, paradoxical as it may sound.

When you discuss a hilarious comedy, you might tell your friends it was seriously funny. Paradox! But it doesn’t confuse them in the least. They go and watch the comedy in the expectation of a really good laugh.

Do you like seafood? Next time you order up a plate of jumbo shrimp, remember to give the paradox a little acknowledgment. Shrimps are pretty small, in fact, they’re famous for it. But jumbo shrimps are, at least, bigger than other shrimps, even if they are still quite small.

I could go on — we can call somebody a “nobody.” We might “act naturally” when we’re playing a hoax on someone, or we might remind someone that “less is more.” Look out for everyday paradoxes; you’ll come across more of them than you ever expected.

Did you know it takes more hot water to make cold water hot than it takes cold water to make hot water cold? It really does. That’s why we run the hot water first when filling a bathtub. This is a very simple paradox, and there is an easily understandable reason for it, but there are much more complex ones. You’ll find paradoxes in astrophysics, quantum mechanics, biology, chemistry, linguistics, and even mathematics. No matter what field you study, you will come across paradoxes to boggle your mind and make life seem just a bit weirder and more wonderful. I think paradoxes are really interesting, which makes them fun. What do you think?