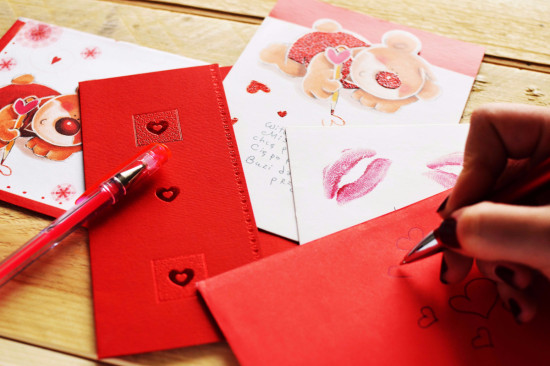 Say what? Isn’t this the computer age? Can’t I just send an email? Well, you can if you want to, but there’s something special about handwritten letters. Let’s try and pin down the reasons why a stamped, addressed, handwritten letter means so much to a recipient.

It Shows You Care

Which would you rather receive, a love letter, or a love email? I’m betting the letter gets your vote. Why? Because someone took the time to write it with a pen on paper instead of just hammering away at their keyboard. A handwritten letter says, “I love you enough to take the time to send my message the hard way.”

You Can Enclose Fun Items or Get Creative in the Margins

I love writing to my niece, and she loves getting my letters. Why? Because I draw funny stick men in the margins and enclose little tokens like a piece of pretty ribbon or a pressed flower. I haven’t ever managed to do that with email.

You Take More Time Over It

Write, write, write, hit “send,” add three PS notes because there were things you forgot to mention. Spot three typos you really should have noticed earlier. Does that sound familiar? You just wouldn’t do that with a handwritten letter. You’d draft it first, then finalize it. It’s carefully thought through, and if you need a PS at all, it’s only going to be the one.

It Makes You Happy

No kidding. I’ve often felt the satisfaction of dropping an envelope into a postbox. It feels good. research also says people feel that way about sending a handwritten letter. I should have guessed that, shouldn’t I?

It Makes Other People Happy

What’s in your mailbox? Mine consists of bills, bills and more bills, a few junk mail items, and the occasional magazine I’ve subscribed to. When I see an envelope that’s been addressed by hand, I get excited! And if it’s a letter from a friend (rather than my insurance broker who is notoriously anti-tech), I’m smiling from ear to ear.

It Lets You Practice Your Handwriting

Just about all the written work we do these days involves a computer of some kind. Desktops, laptops, tablets, clickety click and the job is done. Have you ever picked up a pen and felt clumsy? It’s as if we don’t get enough practice writing with pen and paper and find ourselves confounded when confronted with the need to write by hand. So write a letter to a friend; you’ll be glad you did.

It’s the Best Way to Tell Granny You Love Her

So your granny knows how to text, and boy, she loves it! Even so, she’ll love a handwritten letter so much more than your hasty WhatsApp message. It takes her back to the days when that’s how family members stayed in touch. It brings back memories of letters written and letters received.

Do you have a signature font? What’s the bet that thousands upon thousands of people use the exact same font? But your handwriting is like a fingerprint. It’s absolutely unique and completely personal. Just make sure it’s legible!

It Boosts Your Literary Reputation

There are entire anthologies composed of the letters that famous people have written. Some of them wrote thousands of letter over their lifetime. Even if you have no ambitions towards fame, writing an old-fashioned letter is a fine tradition that will make others sit up and take note.

You Get Letters in Return

Don’t you love getting proper letters? Give and you will receive! It’s almost unheard-of to respond to a letter with an email! And if your friend or loved one does that, you’re fully entitled to inform them that a proper letter will be welcomed.

I can think of an 11th reason to write a letter. Letters can’t be deleted. True, they can be trashed, but think of this: I have a letter dating back from the Second World War. It was written by my great uncle and it was addressed to my grandmother. How I treasure that letter, even though both of these people are long dead. If that had been an email, guess what would have happened to it? Yes, letters are far more likely to be valued, kept and treasured, even when it’s been nearly 100 years since they were written. So write a letter today, it may act as a connection with the future as well as the past.