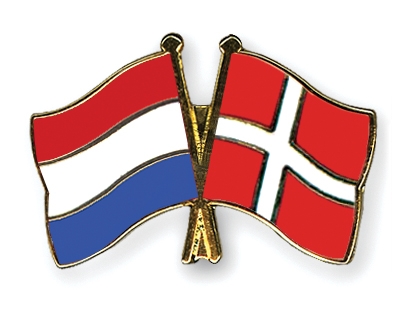 If you know your geography and have a basic understanding of the names of the languages spoken in European countries, this might sound like a dumb question. If you live in the US and you don’t know much about European countries, you’re much more likely to be confused about these two words. Danish people come from Denmark, and they speak a language called Danish. Dutch people come from The Netherlands, and they speak Dutch. How much easier can things get?

I recently read a blog post by a Dane that showed a surprising tolerance for the way these two countries are confused by Americans. The author even called it “understandable confusion.” Naturally, you wouldn’t want that confusion to happen when booking a flight, since you’d end up in the wrong country and have to book an (admittedly short) second flight.

Similarities Between the Danes and the Dutch

Apart from both words beginning with a D, there are national similarities between the Danish and the Dutch. Both countries are small and peaceful, which means they’re seldom on CNN Breaking News.

They also speak Germanic languages, although you’d see many more differences between them than you’d find if you compared UK, Australian, and American English. It’s possible for Danes and the Dutch to find each others’ languages completely incomprehensible unless they’re written down, and even then they might struggle with some words.

Both countries are reputed to be full of healthy, blond, blue-eyed people, although having been there, I can tell you that this is a stereotype these days. But the riding of bicycles to get around is definitely no stereotype. I actually found the bicycle traffic more dangerous than the motor traffic when crossing the road since there are so many bicycles. That’s because both countries are remarkably lacking in anything resembling mountainous topography.

Last, but not least, there’s the preference for wind power, although windmills are more common in Holland. The Danes have acres of wind turbines, some of them standing in the middle of the sea, to generate electricity.

Differences Between the Dutch and the Danes

Apart from slight differences in geographical location and rather marked language differences, The Netherlands doesn’t have LEGOLAND, which is of great importance to those who love LEGOs. Other differences include the amount of taxes paid and the average number of hours worked every week. The Dutch pay way less tax than the Danes, but the Danes spend fewer hours at work on average.

Beer plays a big role in Danish culture, with special beers being brewed for both Christmas and Easter. Although the Dutch invented Heineken, they don’t brew special, seasonal beers.

Historically speaking, these nations have very different backgrounds. The Dutch are known for their farmlands and always have been, but the Danes are famous for “going a-Viking” which involved getting into long ships and trading and raiding their way around the coastlines of Europe.

If you had grown up on the Irish coast in those times, there would have been absolutely no confusion between the Danish and the Dutch. As you saw the long ships approaching, there is just no way that you would have yelled out “The Dutch are coming!” and if you had, you wouldn’t have struck terror into the hearts of your listeners. The Danish nation, on the other hand, is proud of its Viking history, as it should be – after all, the Danes discovered Greenland and are believed to have sailed to the Americas long before Columbus did.

If you have English or Irish ancestors, there’s a very good chance that you also have some Danish blood in your veins. The Danes weren’t always hit-and-run raiders. They often established settlements in the countries they came across in their voyages, and England was even ruled by a Danish king Canute (or Cnut) between 1016 and 1035 AD. Your chances of having Dutch ancestors is much less likely.

It’s worth finding out more about these two cultures. Both the Danish and the Dutch have some impressive achievements to their names. Perhaps one day, you’ll visit the Danish city of Copenhagen and the Dutch city of Amsterdam. Like me, you’ll probably be surprised at how similar many of the older buildings in these two cities are, and how different the two languages sound. If you’re considering traveling to Europe, I recommend these two cities. Spend at least a week in each. You’ll never be confused about the difference between Danish and Dutch again.