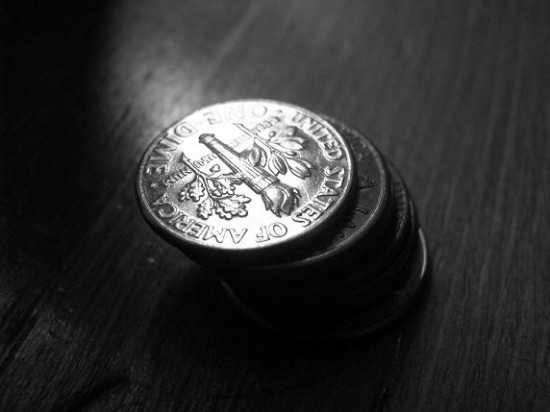 When it comes to basketball, it’s not always obvious how some of the terms they use came about. A good example of this is why the Golden State warriors are called “the Dubs” as a nickname, but this isn’t the only confusing term in basketball.

If you listen to a National Basketball Association (NBA) game on television or the radio, there’s a good chance that at some point during the telecast, you’ll hear the announcers say that a player is “dropping a dime” or some similar variation of that sentence. You can sometimes see the reference in commercials with basketball players as well. For those who aren’t familiar with its meaning, it sounds strange and out of place — and the chances are you have absolutely no idea what they are talking about.

What is a “dime” referring to in basketball?

A “dime” in basketball is the same thing as an assist. For those unfamiliar, a basketball assist occurs when one player makes a pass to a teammate which leads that teammate to score a basket. By making the pass to the teammate, the player has “assisted” in the making of the basket.

Usually, an assist is recorded when a pass is made to the teammate and the teammate then shoots and makes a basket without dribbling the ball, but this isn’t a hard-set rule. While this is the case most of the time, there is some judgement involved when considering whether an assist has been made or not. For example, a player who passes to a teammate who is breaking toward the basket and that teammate dribbles once while continuing the cut toward the basket would be given an assist even though the player dribbled.

Assists are an important statistic kept for basketball players during each game. Assists are one of the big four statistics (assists, points scored, steals and blocks) tallied each game. They’re also recorded on a career level as well as career assists. The statistic is important and valued in basketball because setting up teammates with good passes can lead to easier baskets than for the player to try to score all on their own.

Why is an assist called a dime?

The origin of a basketball assist being called a dime isn’t readily known. There are a variety of theories, but the most common assumption is that it came from earlier times when pay phones were available across the US. When payphones were most popular (long before cell phones were the norm) it cost a dime to make a phone call. If one needed to make a phone call, it was common for that person to ask, “does anyone have a dime?” In this sense, “dropping a dime” or giving someone a dime was assisting someone to make a phone call. Most people believe this phrase ended up transferring over to the NBA as helping a teammate make a basket.

Although “dropping a dime” is considered a positive move for basketball, it doesn’t always have positive connotations when used in other circumstances. For example, “dropping a dime” is a way to label a person a snitch or someone who tells on another person. Again, the reference to making a phone call is used as when someone tells (calls) authorities to inform someone has broken the law, thus snitching on them.

Another popular theory is that it comes from the phrases “dropping it on a dime,” “turning on a dime,” “at a drop of a dime,” and “stopping on a dime.” These phrases all refer to precision, doing it quickly and without hesitation — all characteristics of most assists in basketball. A quick pass right on the mark to a teammate will assist that teammate in scoring.