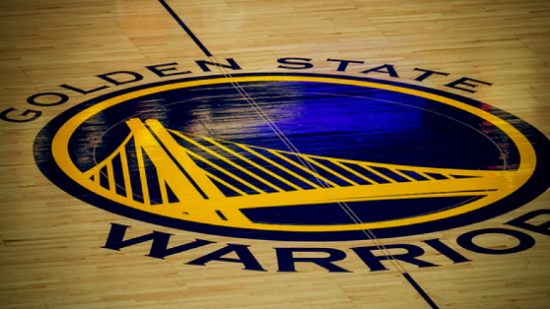 If you’re a basketball fan but aren’t too familiar with the Golden State Warriors, you may be a bit confused by their nickname. If you look in the stands at the signs the fans display at Golden State Warrior games or listen to commentators talking about the team, you will soon realize that the team is known as “the Dubs” and the fans as “DubNation.”

Why are the Golden State Warriors called the Dubs?

The Dubs is one of those nicknames or terms that doesn’t seem to make much sense when you first hear or see it. In fact, one of the reasons you’re likely reading this article is because you couldn’t figure out why the Warriors are called that on your own. While it may at first appear strange, once you realize where it comes from, it makes a lot more sense.

The nickname began in the 1990’s when younger fans decided to shorten the word “Warriors” when referring to the team. Instead of pronouncing the team’s full name, some fans began to refer to the team as the “W’s”. “W” soon was changed from its proper pronunciation to “dub-a-u,” which then was further shortened to just “dub.” As the team became more popular with the younger generation using this slang to describe the team, the term caught on with the general public, and the team began to refer to themselves in this manner as well. So while The Dubs may seem a little strange at first, it’s simply a shortening of the team name “Warriors” over time.

Why are the Warriors fans called Dub Nation?

Why are the Warriors called the doves?

The Warriors and their fans don’t refer to themselves as the doves, although people thinking they call themselves “the doves” is a common misconception. The reason this happens isn’t too difficult to surmise. Since there is a similar pronunciation between the words “Dub” and “Dove,” it makes sense that the two words could get mixed up. This is especially true sine “Dub” isn’t a normal word in the English language, so many people likely mishear it as the closest real word they know, which happens to be “dove.”

Why are the Warriors called The City?

“The City” logo uniforms were brought back in the mid-2000s as a throwback uniform. They’re iconic for the area, look good, and most importantly, sell well as merchandise. Since they are one of the most popular logos for fans, the Warriors use this throwback uniform on a regular basis these days.

Why do the Warriors rub their arms?

The Golden State Warriors have a unique 3-point celebration. If you watch the Warriors bench (and now many of the fans in the crowd as well) you will often see them make a 3-point gesture that might not make sense at first sight. The bench (and crowd) will stand up and point their arm toward the sky making an “okay” sign (thumb and pointer finger in a circle with the other three fingers sticking out), then take their other hand and begin to rub it up and down along the outstretched arm.

The gesture is supposed to represent a shotgun being fired and then reloaded. It’s the team’s way of showing approval toward the 3-point shooting ability of their teammates, and acknowledging that the players are “locked and loaded” and ready to score. The gesture originated on the warriors bench from Shaun Livingston, who brought it with him when he joined the Warriors. It stuck, and it now can be seen many times throughout most Warriors games.