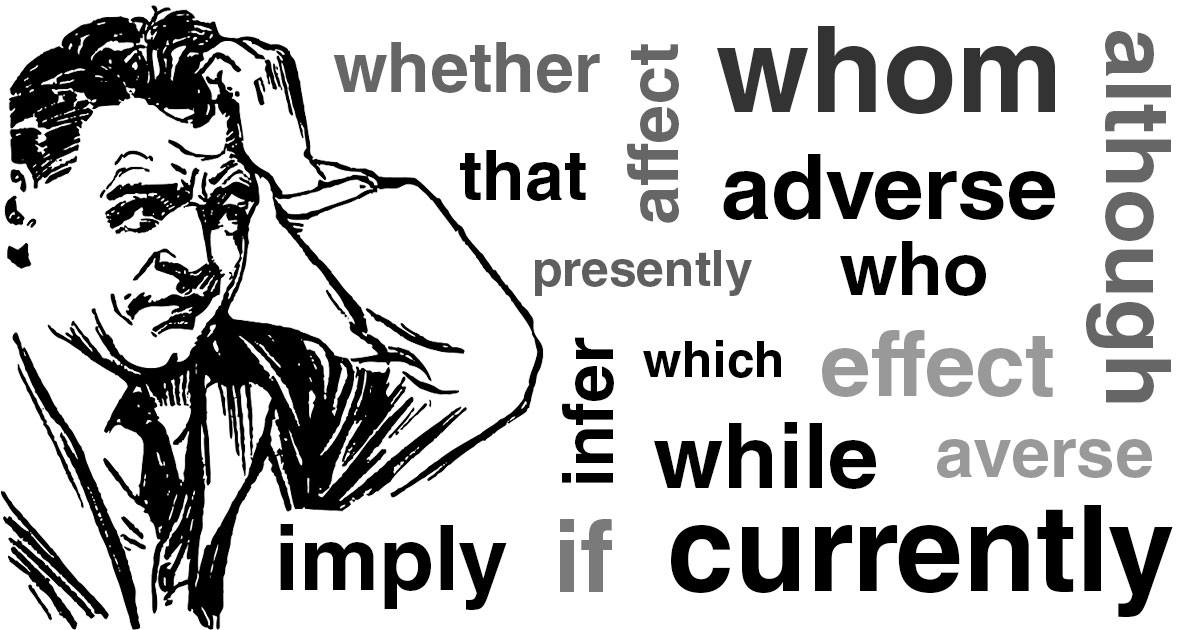 Precise word choice and syntax is important when writing for a broad audience, as it increases the potential for a greater number of readers to understand the writer’s message. Writers also need to be aware of the expectations of specific target audiences in relation to the language they use. The selected writing style, genre and/or medium will guide writers in appropriate word choice and syntax. Academic or scholarly writing, for instance, is more formal and impersonal than other styles, so the writer’s word choice and syntax needs to meet the expectations of an academic audience. Writers can improve the clarity and conciseness of their writing by adhering to the guidelines for a particular writing style and being aware of commonly confused words.

There are many pairs or groups of words in the English language that are commonly confused because they are spelt or pronounced similarly, but they have different meanings. These are called: homonyms. There are also homophones, which are words that have comparable meanings, but are not similar in how they are spelt or pronounced. When these words are used incorrectly in a sentence they can cause misunderstanding.

Listed below are ten commonly confused words in the English language.

These two words are confusing because they are both used to describe actions related to people. The easiest way to remember how to use each of these words correctly is to use “who” when the person is doing the action and “whom” when the action is being done to a person.

“Affect” is to cause change and “effect” is the result of that change. For example, intoxication affects driving ability. There are many harmful effects of drinking and driving.

These two words are often used interchangeably as linking words to show relationships between ideas, but to ensure clarity for the reader,  “although” should used to contrast two ideas, and “while” should be used to indicate two opposing periods of time.

“Accept” means to agree or willingly take something that is offered. “Except” suggests exclusion or not belonging to the group.

“That” is used when what follows is necessary to understand the meaning of the sentence.  “Which” is unrestrictive meaning that the information that follows is an aside or nonessential.

“Imply” is when a person provides hints or makes suggestions when they construct texts, and “infer” is when readers deduce meaning from texts.

“Whether”, or sometimes “whether or not”, is used to indicate a choice between alternatives. “If” is often used conditionally, meaning that whatever follows the condition is dependent.

“Since” refers to the time between the present moment and the referenced past event. “Because” is used to demonstrate the causation or causal relationships.

Two essential desk reference titles that offer clarification on confusing words are: The Right Word: Making Sense of the Words That Confuse by Elizabeth Dorothy Morrison and The Careful Writer by Theodore M. Bernstein.