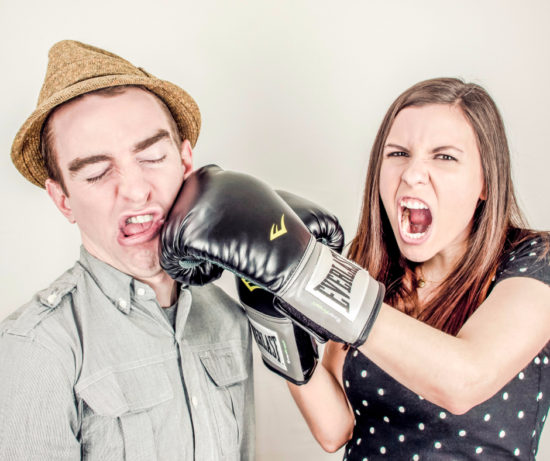 No, we’re not talking about “homework,” “responsibility” or anything else that implies you’ll have to make an enormous effort when you’d rather be doing something else. Instead, we’re talking about words that give you a feeling of real disgust. They’re perfectly ordinary, otherwise-innocuous-seeming words, but researchers have found when study participants are asked to rate words based on their gut-reaction, these words are consistently rated as being the most hated ones.

A Lot of People Hate the Word “Moist”

Paul Thibodeau, a psychology professor, authored a study based on the way 2,500 people reacted to words, and “moist” was generally considered to be downright nasty. It’s possible the reaction would have been different if he included it in a phrase like “moist chocolate cake,” but when viewed on its own, it was seen as being absolutely disgusting by 25 percent of the group.

Words using similar sounds didn’t get the thumbs down. People felt relatively neutral about “hoist,” for example. So, what’s the problem with “moist?”

Professor Thibodeau thinks it may be the association between “moist” and bodily functions. “Vomit” and “phlegm” were also rated as being among the most-hated, so he joined the dots and decided that words related to bodily fluids were the pits.

A Linguistics Professor and a Neurologist Blame Sounds

Professor Jason Riggle and Dr. David Eagleman, a neuroscientist, think that word aversion comes from the sounds themselves. Just as we feel odd after hearing a jarring sound in music, certain word-sounds are unpleasant to us. Dr. Eagleman has done his own experiments using made-up words and found that people didn’t like unusual sound combinations. So, if we think a word sounds funny, we’re more likely to associate it with something unpleasant.

Associations or Sounds: Who Is Right?

I’m going to sit on the fence with this one. Associations really can make a word disgusting. Take “vomit” for example. The very thought of vomiting is stomach-churning. The word itself is probably innocent enough, but the association is utterly gross!

At the same time, I can believe that sounds that don’t fit our ideas of harmony would also be jarring. Unlike Dr. Eagleman, I’ve never invented a truly disgusting word, and I wouldn’t know where to begin, but it makes sense in a way.

I’d say both reasons for being disgusted by words are valid. What do you think?

Is This Useful Knowledge?

Oddly enough, I think this knowledge could be useful, particularly in the marketing world. When we send out marketing messages, we need to be very careful in our word choices. We might even want to disgust our audience before offering them a calming, soothing message that explains how to solve a problem. Alternatively, we might want to avoid any negative associations whatsoever.

Still, just because of chocolate cake, I’m not altogether convinced about the gut-churning effects of the word “moist.” Couple it with cake, and suddenly, it sounds very, very yummy. Is it just me who thinks so? Of course, being covered with moist sweat sounds a whole lot less delicious, so I think we need to add context before we can talk about word aversion.

Made-up words are two-a-penny. Just look at company names and brand names, and you’re sure to find at least a few invented words. If we could know what sounds or combinations of sounds give people that “Eeeyew!” feeling of disgust, and which ones make them feel great, it could surely help companies with their branding strategies.

Is It OK to Hate Words?

I’ve read commentary about how silly it is to hate words, but whether it’s silly or not, it seems to be a real enough phenomenon. But to play devil’s advocate, we need negative words as much as we need positive ones. After all, if you want to describe something gross, having some unpleasant-sounding words or ones with less-than-charming associations, is mighty handy!

I use “vomit” quite often, “I went into the exam room, vomited out a whole lot of information, and scored an A!” The word “regurgitated” is interchangeable here, or you could use it to indicate your disgust, “He just regurgitated the same old information we always hear on that subject!”

Of course, some people react more strongly to word aversion than others do, and I put it down to sensitivity or possibly a very active imagination. Neither of these things is bad to have, although they might make your life a little more interesting than it needs to be.

What Words Do You Hate and Why?

First, a few ground-rules. We’ll just assume that anything obscene or scatological is gross, so those words are out of bounds. Some words are annoying, but that’s because of the way people use them and abuse them, so we’ll overlook them too. What we want, is a list of words that make you feel slightly queasy just looking at them.

Here’s my two cents’ worth:

To be honest, I don’t think there are any words that I hate in the truest sense of the word, but these would certainly top my list of the words I don’t like all that much.

For those looking for a top list of words people hate, here are some words to consider:

Are there words that you simply hate? Let us know in the comments.