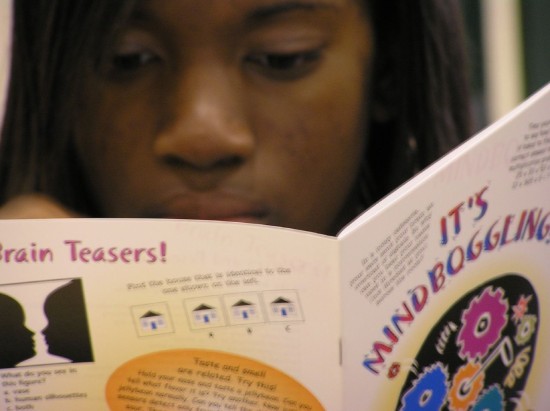 Sometimes, we come across words we don’t understand when we are reading a passage. You could just google the word to see what it means, but if you’re in certain situations, such as an exam room, you aren’t going to be able to do that. Besides, being able to work out what a word means all on your own is much more rewarding.

To do this, you can either look at the word itself, trying to break down the components into bits you think you understand, or you can look at context. Context is the setting in which you find the word and reading context clues are the bits of information you can pick up about an unknown word from the surrounding context. Look at the words before and after the strange word and see if you can find the context clues that will help you to understand it.

Here’s an example of context clues at work:

“As the king entered his throne room, obsequious attendants bowed before him while keeping an eye out for anything he might need. Each wanted to be the first to provide any service, real or imagined, that his highness might want.”

Let’s assume you don’t know what the word “obsequious” means. What are your clues?

Already, the meaning of the word is starting to take shape. These people are almost overly attentive to their masters’ needs. They are using exaggerated types of conduct to demonstrate how important they think their king is. Could this be the meaning of “obsequious?” Let’s go to the dictionary definition.

“Obedient or attentive to an excessive or servile degree.”

Alright, our understanding of the word wasn’t quite as succinct as that, but it’s still correct.

Oh no! Don’t you know what the word “succinct” means? Let’s look at the context. We discussed the meaning of a definition at length. Then we found the dictionary definition, and it was rather brief by comparison. Context clues are at work. What’s the definition of “succinct?” Is it something short?

Ta-dah! My erudition knows no limits! I am so clever that I might even call myself a genius.

Noooo! Another seldomly-used word has appeared on the scene. What is the context? You can certainly see I was pleased with my own cleverness. Clues following the word include the words “clever” and “genius.” Could I be patting myself on the back for being too clever by half? Let’s check:

“The quality of having or showing great learning; scholarship.” Yup! I was being insufferably pleased with my own smarts.

This time, I’ve left very few clues. However, I have just bragged like crazy. I’ve also been pleased with myself, and I think I have “smarts.” How do we normally feel about people who are ridiculously self-satisfied? It’s irritating, isn’t it? Let’s check.

“Not to be endured, intolerable, unbearable”

That was pretty close, wasn’t it?

Check Words Both Before and After to Get Context

What ideas led up to the unfamiliar word? What ideas followed it? It’s just like being a crime-scene investigator. Just looking at what’s happening before the word may not give you the full context, and the same thing goes for just looking at the words that follow it. Sometimes, the clues happen before the fact. Sometimes they appear after the fact, and sometimes, they’ll be in both places.

A Little Knowledge Is a Dangerous Thing

There’s just one problem with playing detective using context clues. You could be wrong. It’s also possible to be almost right without quite being wrong, but unfortunately “almost right” isn’t always good enough.

Although context clues can be extremely helpful when confronting an unusual word in a situation where you can’t check a dictionary or search online, you should make a note of the new word and check it later to see if you understood it correctly. If your context clues helped you get it right, you’re going to feel good. If you almost got it right, you’ll be reasonably pleased, and if you got it all wrong (an unlikely scenario, but a possible one nonetheless) you’ll have learned something new.

Look for synonyms (words that mean the same thing)

“I was remorseful and sorry.”

“I was ecstatic, but everyone else was miserable.”

Look for words that define or explain the idea

“Tangible evidence – the footprints at the window, the fingerprints on the knife – helped police to catch the culprit.”

“I was very despondent because I failed my exam.”

“I am perplexed by crosswords, but I find Sudoku easy.”