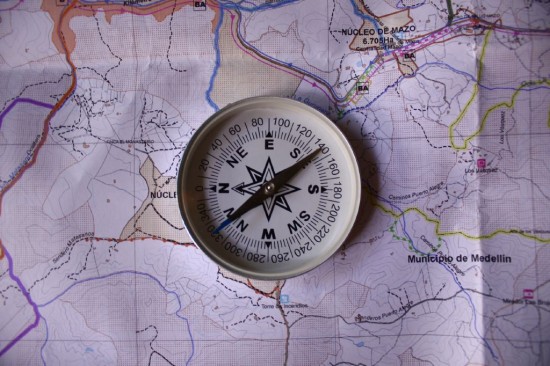 When it comes to the question of directions, there’s often quite a bit of confusion as to whether or not you should capitalize the directions north, south, east and west. Part of the problem is there are times you do and times you don’t, and sometimes the difference between the two isn’t readily apparent. In other words, the answer is “it depends.” For those who are looking for a general rule of thumb, the answer to the question, “When do you capitalize directions?” the answer is You capitalize north, east, south and west when they’re part of a proper name, but you don’t if they only indicate direction.

Chances are that one of the reasons you’re here is that you’ve noticed that you sometimes see directions capitalized, while at other times you don’t. The question is, how do you know when you should be using the capital letter?

When you’re using a direction to describe nothing but the direction, lower case letters are the ones to choose. For example, if you say “The sun is weakest on the north side (or northern side)” lower case letters are fine. In this case, your are using the word “north” to show orientation of the sun, and you’re not using the direction as a proper name. On a side note, the directions in the title of this article are capitalized due to headline capitalization rules even though they merely indicate direction.

As soon as you start using directions as part of a proper name, they get capitalized. It’s similar to why your name is always capitalized. So, if a person is from South Africa, south would be capitalized since it’s the proper name of the country. When you’re talking about America’s West Coast or the Middle East, the directional word is also part of a proper name, and it gets a capital letter. Sometimes, people abbreviate these names which can make it a bit more confusing. For example, you could say a person is from the West or the East meaning they are from the West Coast or the East Coast in the US. Even though you don’t spell it out completely, you still use a capital letter.

To put it in another way that may make it easier to understand, talking about a region, such as Western Europe, means capitals are used. On the other hand, if you tell someone to go south along the freeway, that’s just a direction, and it gets a lowercase letter. This may seem pretty straightforward, but there are times when there is a debate as to whether or not the direction is just a direction, or if it’s a proper name.

Not everyone agrees on whether you should capitalize the direction in a sentence like, “As a Southerner, he had a distinctive drawl.” Some say that you’re talking about someone who is from a particular region, and that a capital letter should be used. Others argue it’s just a direction of the place the person lives and doesn’t get a capital letter. I’m inclined to think that the ‘regional’ opinion is spot on, but this is an example of how differing opinions can lead to one person using a capital letter while another would use a lowercase letter for direction in the same sentence.