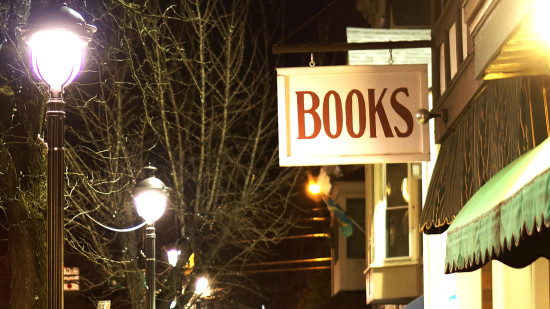 Titling a book or an article is a tricky thing. There are many considerations. You want it to be catchy but meaningful. You don’t want the same title that a thousand others have already used. You want it to convey what the work is about without giving away the ending. You don’t want it to be so long that people give up reading it, nor so short that people have no idea what they’re getting. Many writers find choosing a title to be more difficult and frustrating than revisions. While I can’t make it any easier for you to choose your ideal title, I can give you some things to consider during the process.

Words like “Epic,” “Fantastic,” “Revolutionary,” “Breakthrough,” and “Incredible” are overused and they promise something that your work likely can’t deliver. You may have a great story, but it’s doubtful that it’s truly epic in scale. It’s doubtful that your non-fiction book is truly revolutionary, no matter how much you may think so. Readers don’t like to be lied to, so err on the side of under-promising with your title and then delivering a great piece that exceeds their expectations. Let the critics and reviewers label your book as “Epic” or “Revolutionary” if it’s deserving of that honor.

Try to keep it short

Long titles create a host of issues for readers and catalogers. When readers peruse a crowded shelf, long titles often get overlooked. For a long title to fit on a book jacket, the font often has to be smaller and hard to read. A title with a short word count, though, can be printed much larger and is easier to see. Long titles may be truncated when viewed online or in databases and they’re hard to turn into good urls. They’re hard to fit on business cards. Long titles are also hard to recommend to friends. “Hey, did you read, ‘Fat Loss’,” is a lot easier to say than, “You should check out ‘Get in Shape, Lose Weight, and Lose Fat Through Exercise and Calorie Counting’.”

But don’t fear a long title

Short may be best, but some books just require a long title. If you choose to go long, make sure you have a good reason for doing so and that you’re not just being lazy or uncreative.

Before you fall in love with a title, check to see how many other books carry the same title. It’s not a deal breaker if other books share your title (titles can’t be copyrighted, after all), but it becomes more problematic if the book also is in your genre. A how-to book called, “Floored!” which is about flooring will not likely be confused with a novel called, “Floored!” that’s about a character that receives a big surprise. But you might have a problem if there are two novels titled, “Floored!” and they are both literary fiction.

Subtitles are used most often in non-fiction. The short, catchy part of the title can be used to lure readers in while the longer subtitle can clarify what the book is actually about. Something like, “Loser: How to Lose Weight By Eating Only Mushrooms,” is an example. Subtitles also work for fiction to differentiate novels in a series. Consider Harry Potter. “Harry Potter and the Sorcerer’s Stone.” “Harry Potter and the Half-Blood Prince.” Readers referred to those books as “Harry Potter” or, “The newest Harry Potter,” but the subtitle was there for extra clarification.

Ask others who have read your work to evaluate your title. They can tell you if it makes sense, matches the work, and is something they would pick up in the store.

Look to your text

Some of the best titles come from lines in the book itself. Maybe it’s a snippet of dialog or a sentence fragment. If you’re stuck for a title, reread your manuscript and look for anything that might work.

If you’re having trouble choosing a title, brainstorm. Make lists of words that seem relevant. Try arranging those words in various orders. Look at other titles in your genre and see what works and what doesn’t. Write long, ridiculous titles and then try to shorten them. Just write down everything that comes to you and keep massaging it until you hit gold.

Know what your writing about

This seems obvious, but you’d be surprised how many people can’t summarize their book in one or two sentences because they really have no idea what they were trying to say. The book is a rambling mess and the title is, too. If you’re very clear on what you’re writing about, the information you’re trying to convey, or the story you’re trying to tell, it’s much easier to create a title.

A corollary to the above is to wait to choose the title until you’re finished writing the book. The book’s focus or tone might change over time. You don’t want to fall in love with a title at the beginning that no longer fits when you’re finished. When the book is finished, you’ll have a much better idea of what you want the title to convey.

“The Adventures of,” “Tales of,” “The Art of,” “The Joy of,” and “The Chronicles of,” are all examples of overused and cliche titles. Your book may be an adventure or convey the joy of something, but find another title.

Some people make up a word and use it as the title of their book, hoping that the uniqueness will propel them to stardom. They hope that people will run around parroting the title, “Gerflunkamuggin,” at each other. The problem is, if the title makes no sense or is unpronounceable, readers won’t go for it. Similarly, some people try to create a pun or alliterative title that falls flat. Cute can work, but it has to be done well.

Advice is just advice. There are still cliches that become bestsellers. There are short titles that no one remembers and long ones that people fall in love with. If the book is great and the title in some way conveys that, it might succeed no matter how weird, long, short, or cliched it is.

Don’t give away the ending

You want your readers to buy your book and they won’t do that if the title has already told them how it ends or what the big surprise is. Give them an idea of what the book is about with your title, but don’t give it all away.

No matter how much work you put into choosing your title, the fact is an editor or publisher may change it for any number of reasons. Be willing to listen to what they say and be open to changing it. Don’t cling so stubbornly to a title that you alienate a publisher.

Titling a book is never going to be easy, but careful thought and experimentation can yield a good result. Think of it like naming a baby. You want something that fits well with the book, that other people won’t make fun of, and which will still sound good and make sense forty years from now.