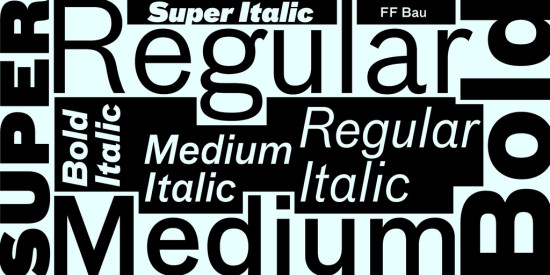 It’s a great pity that many otherwise fantastic business proposals fall flat. A common theme apparent in the vast majority of rejections is based on the golden rule. The authors of these failed proposals did not make first impressions count, at least not in their favor. And one of the questions that probably was never asked that may have helped was, “What is the best font for a business proposal?”

While the choice of font may seem inconsequential, it does in fact play a very important role. On a sub-conscious level, font tells the reader more about what they are reading. Fonts help set the tone. Consider typical outdoor signage used by a nursery school. The letters are large, simple, bold and contain an assortment of bright colors. Tots and toddlers play school. They give the impression of fun.

Signage outside a lawyer’s office would be noticeably different. The choice of color would be uniform throughout, while the font itself would be smaller. It would imply that this is a business environment. Do not expect to find unicorns dancing on any rainbows here. J S Shark and associates. Attorneys at law.

It should be evident that the font used in a proposal will be very different from that used in nursery school signage. The subliminal message should be clear; this proposal is serious. It means a lot, has been well-researched and contains information of value. It was not banged together using a sloppy approach. It should speak for itself. It needs to say, “I am important. Read me in my entirety. Pay attention to my content. It may lead to a very rewarding experience, benefiting both your business and its clientele.” So what is the best font for a business proposal?

Before answering that question, it is important to distinguish between the different types of fonts. There are literally thousands of fonts available. Some are free, others not. Some fonts are exclusive. They are used to establish or entrench a corporate identity. An example here is the Coca Cola font with its famous curling ribbon.

Fonts such as these may have patents or legal clauses (similar to logos) which prevent their commercial use by unauthorized 3rd parties. Some fonts are all in upper case,  and others in italics only. All of these can be classed into two separate categories. Serif and sans-serif.

If the proposal is going to be submitted as an actual document i.e., printed and not as an electronic submission, then the body of the proposal should comprise a single serif font used throughout. I tend to stick with what works well. For me, that is Times New Roman. For headings I generally go with a sans-serif font like Verdana or Helvetica. On the rare occasion when I require a large heading which will stand out above the others, then Arial Black is the way to go.

Fonts which are sans-serif do not have the “frilly bits.” They include examples such as Arial Black and Verdana, neither of which has letters with feet or curly bits. These fonts were mostly used to distinguish paragraph headings from the main body of text. With the arrival of electronic communication, it was noted that sans-serif fonts are easier to read on computer screens than the serif versions. With some screens set to a low resolution, the “frilly bits” associated with serif fonts tend to make the font look blurry or out of focus. This would reflect poorly on your proposal.

If your proposal is going to be submitted electronically, then the body of the proposal should comprise a single sans-serif font, to be used throughout. Verdana or Helvetica are excellent choices for the digital layout and are making their socially acceptable appearance in some printed formats too.

Headings or the introduction of new ideas should differ from the main body of text. Most people agree that a simple Arial Black or Verdana as a font for headings will give your proposal a clean and professional look. Avoid “loud” fonts such as Goudy Stout. Also avoid “hand-written” fonts or fonts that are childish or too “busy.” By busy, I mean overly elaborate fonts which contain elements of advanced calligraphy.

Again, choose only one font for headings and stick to it throughout. Having different headings in different fonts, using various sizes and colors, while alternating between bold and italics does not work. Don’t do it; just don’t! Your proposal will end up looking like a ransom note from a cheesy B grade movie, rather than the slick and professional business proposal you need to deliver.