There were a number of articles that made the claim that Donald Trump spoke at a fourth grade level. They made this determination by running the different candidates presidential announcement speeches through the Flesch–Kincaid readability test. The problem with using a prepared speech is that there’s a good chance that a speech isn’t how the candidates actually talk. There’s even a good chance the speech was written by a speech writer instead of the candidate. A better way to determine the speaking level of the candidates would be to analyze them talking in a non-speech setting.

To do this, I decided to run the GOP’s last debate (March 10, 2016 in Florida) through our word counter using this transcript to see the speaking level of each candidate. WordCounter uses the Dale–Chall readability formula to determine reading level.

It should be noted there are some limitations to the speaking level designations found below. The Dale–Chall readability formula gives a general approximation to the candidates’ speaking level, but it isn’t conclusive. The candidates likely move among levels depending on where and when they are speaking. This was also a single debate where many of the topics use words outside the 3,000 core words that are the foundation of the formula. If the candidates were speaking about everyday events, their speaking level could be much lower than was found in this debate.

These were the results: 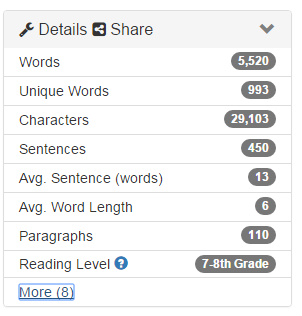 Donald trump ended up with a 7th to 8th grade speaking level which is better than a 4th grade level, but it was still the lowest of the four candidates. He also spoke the most words during the debate (5,520), but used the fewest number of unique words (933). Ted Cruz spoke the fewest number of words (3,831), but had 70 more (1,003) unique words than Trump. John Kasich had almost the same number of unique words (940) as Trump, but spoke over 1,500 fewer words than Trump did during the debate. 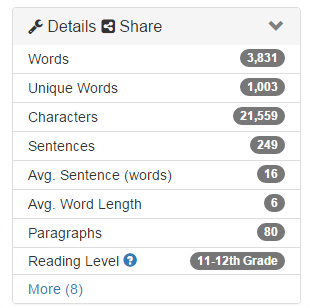 Ted Cruz spoke the fewest number of words during the debate (3,831), but had the highest speaking level (11th to 12th grade) of the four candidates. The length of his sentences were also the longest at 16 words (tied with Kasich). 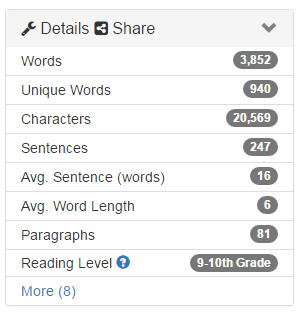 John Kasich just barely spoke more words than Cruz during the debate. He had 3,852 words compared to 3,831 for Cruz. These were both over 1,600 words fewer than Trump. Kasich’s speaking level came in between Trump on the low end and Cruz at the high end with a 9th to 10th grade level. 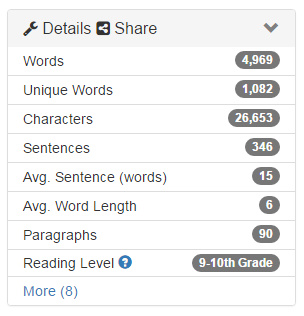 Marco Rubio ended up speaking the second highest number of words during the debate. He clocked in with 4,969 which was 551 words fewer than Trump. He, like Kasich, ended up with a mid speaking level at 9th to 10th grade.

Even though these stats show Trump uses higher than a 4th grade speaking level when his speeches aren’t prepared, he does speak like a junior high school student while all the other candidates he’s running against speak at a high school level.