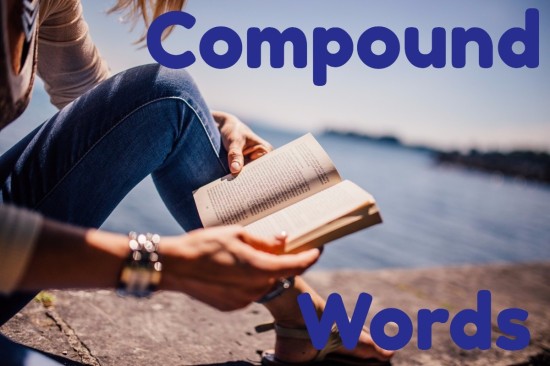 Compound words consist of two words which can be used independently, but when joined together as one word or with a hyphen, form a new word. The funny thing with this is it can be quite hard to spot compound words. Think about the word “airport.” It consists of two base words: “air” and “port,” but we are so used to using the word as one word, most of us don’t really notice it’s a compound word.

These words look a lot like two independent words, but they aren’t because they describe a single thing. Here are a few examples of open form compound words you are likely familiar with:

Think about it. If you took either the first or the second word out of the two-word combo, it would no longer mean the same thing. Is “little sister” a compound word? No, it isn’t. Take the word “little” away, and you still have a sister. You both have the same parents.

Now take “flight” away from “flight attendant”. Does it still mean the same thing? No, it doesn’t. A flight attendant has a very specific job. An attendant can be any person who attends to your needs. It isn’t even necessarily a job. As for the vice president, he or she may be happy to be promoted to president, but that hasn’t happened.

Here’s where it all gets rather tricky. Some hyphenated compounds are always hyphenated (jack-in-the-box) but others may be hyphenated on certain occasions and are not hyphenated at other times. Sometimes, you may hyphenate for clarity. For example:

In the first example, it isn’t clear whether the salesman or the furniture are old. For all we know, the phrase may be describing an elderly salesman. Example two is clearer. We can see that the furniture is old, and we don’t have to worry about offending the salesman by accidentally creating the wrong impression.

To a certain extent, it’s a matter of frequency of usage. For example, we are so accustomed to used car salesmen, that we wouldn’t even wonder whether the word “used” refers to the car or the guy. Now check this out:

“She was a part-time teacher.”

“It was a very high-speed chase.”

“The chase was very high speed.”

“High-speed” and “Part-time” are known as modifiers. They modify nouns. When a modifier appears before a noun, you would hyphenate it. When it appears after the noun, you don’t bother with hyphenating.

Other modifiers that are sometimes hyphenated, and sometimes not:

The decision of whether to hyphenate or not is based on the location of the noun these compound words modify.

When Never to Use a Hyphen (plus exceptions)

A word ending in “ly” will rarely form part of a hyphenated compound. Think about word combinations like:

But when you are using a whole phrase as an adjective, you might use hyphens all the same: “The ever-so-slightly embarrassed salesman continued with his pitch.”

Compounds with prefixes such as “pre”, “post” or “mid” are usually used in the closed form:

But there are masses of exceptions to this rule, so it’s best to check using a dictionary. If you aren’t able to check a dictionary, you can work around the issue. For instance, if you’re not sure whether “mid-June” should be hyphenated, you could also say “the middle of June”. As a bonus, this helps with word count.

Compounds That Always Have Hyphens

You can be sure of these ones. They aren’t nearly as hard to pin down:

Compounds can be complicated. Almost all the work you read on compounds will tell you that open versus hyphenated forms are complicated. Most of them suggest a dictionary check when you’re unsure, and I don’t think there’s any shame in that. I find it pretty confusing too. Nevertheless, I hope this blog post will put you on the road to knowing when to use the hyphen and when you not to do so.